Home > Our company > The Frame of Time

The Monumental Fireplace of the Swiss Guards’ Hall 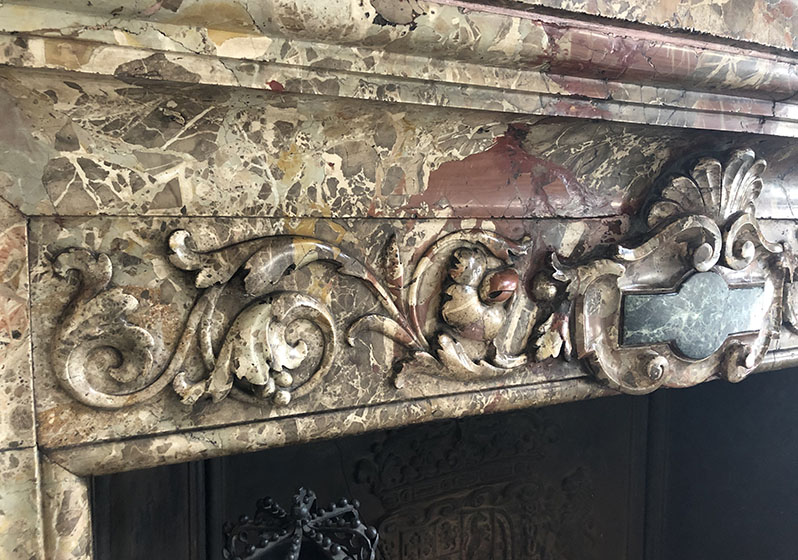 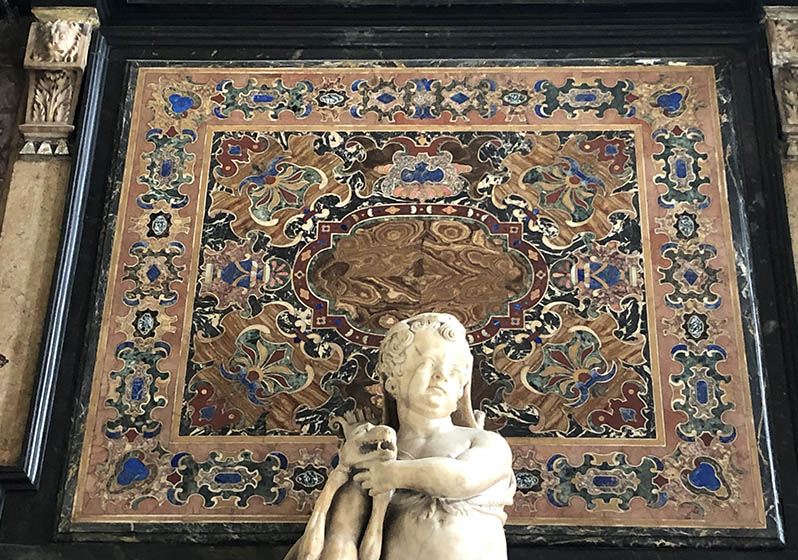 The great “Salone degli Svizzeri”, that has always been admired for its extraordinary breadth and height, can still be seen today in the same dignified and refined guise it had when it was designed in  1843 – during the reign of Carlo Alberto – by the great designer and interior decorator Pelagio Palagi  (Bologna 1775 – Torino 1860).

The 19th century renovation spared the large 17th century frieze portraying the Saxon Glories and the majestic 1661 fireplace made from polychrome marble and semi-precious stones, a structure embellished by twin columns, baroque cherubs by Bernardino Quadri and ancient busts of Roman Emperors made of white Carrara marble.

This artwork testifies to the taste of the Savoy court during the reign of Charles Emmanuel II (1638-1675) and to the sovereigns’ commitment to the ambitious project to build Turin as the capital.

Many of the past interventions need to be fully overhauled and, in many cases, consolidation or finishing work must be repaired. In brief, the restoration includes: